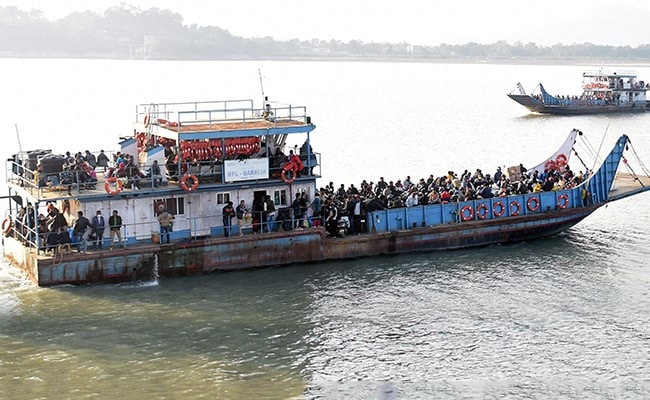 The mobile night navigation application was developed by the transport department. (File)

The country’s first mobile night-time river navigation app was launched for ferries on the Brahmaputra River in Assam on Saturday, an official spokesperson said.

The maiden overnight trip of a waterway ferry equipped with the system sailed between Guwahati and North Guwahati at 9 p.m. and made the return trip also in about an hour.

The night navigation mobile app was developed by the transport department in association with K Raju, the senior scientist of IIT Madras and will study the draft of rivers, the spokesperson said.

The Chief Minister has also launched ten Aadhar-based contactless services of the department as part of his efforts to make the delivery of public services efficient and hassle-free, according to an official statement.

These services are expected to reduce attendance at District Transport Offices (DTOs) by around four lakh a year, he said.

Speaking on the show, Sarma said efforts are underway in Assam to minimize the compliance burden on ordinary people to obtain government services in line with Prime Minister Narendra Modi’s vision and that online services are a step in that direction.

By phasing out offline applications and service delivery in the Department of Transportation, DTOs would become free to focus on enforcement of rules and regulations, he added.

Applauding the transport department for earning about Rs 800 crore despite the pandemic last year, Sarma said it was one of the best performing departments in the last nine months since his government took office .

The Chief Minister has also launched an electronic ticketing system for Dhubri and Silchar ferry services under the same scheme.

A Memorandum of Understanding has also been signed between the Common Service Centers under the Department of Information Technology and Transport to help people at the panchayat level to avail the online services, according to the statement.

A total of 13,568 CSCs in Assam will enable people to get the department’s services online, he said.

A total of 4,52,000 people have been able to obtain a learner’s permit through the online mode so far since the service was launched, according to the statement.

(Except for the title, this story has not been edited by NDTV staff and is published from a syndicated feed.)