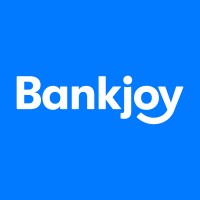 One Detroit Credit Union, with $56 million in assets and over 11,000 members, recently announced the launch of a new mobile banking app with longtime partner and digital banking provider, Bankjoy.

Mobile Banking 2.0 represents a significant upgrade to the credit union‘s current mobile banking platform. Both Detroit-based, One Detroit Credit Union, has partnered with Bankjoy for its online and mobile banking technology since 2017 and continues this partnership to improve the member experience and expand services to underserved residents.

Some of the credit union upgrades, which will be immediately available to members when the app launches, include:

Members currently using online and mobile banking will be able to keep their existing login when the new app launches.

Minority-run One Detroit Credit Union is one of six credit unions to recently renew its partnership with Bankjoy. Formed in 1935 as the Detroit Newspaper Industrial Credit Union, One Detroit first served people who worked in the newspaper industry. In the 1970s it changed its name to be more inclusive of other sectors such as radio, television, printing and publishing. The credit union continued to expand, helping to fill the lack of financial services within its communities. Today, it aims to unify the Detroiters community by offering exceptional services backed by modern banking technology like Bankjoy.

Joumana Mcdad, Executive Vice President of One Detroit, said, “A key part of our mission is to help people in our community who have been neglected by the traditional banking system by providing them with credible, fair and reasonably priced financial products and services. By working with Bankjoy, we maintain this commitment, ensuring our members can bank how and when they want with the best digital tools available. We look forward to continuing our partnership with the Bankjoy team.

“As fellow Detroiters, we have tremendous admiration for the mission of One Detroit and their efforts to positively impact and change the lives of our shared community,” said Michael Duncan, CEO of Bankjoy. “By bringing together industry leaders and modern digital technology, we can foster greater financial inclusion for the underserved, especially in Detroit. We are proud to be part of One Detroit’s journey and supporting the launch of their next mobile banking platform.

Detroit continues to be a priority for improving financial inclusion. According to the FDIC “How American Banks” survey, the number of minority households without a bank account greatly exceeds that of non-minority households. The survey found that 13.8% of black households and 12.2% of Hispanic households were unbanked, compared to just 2.5% of white households.

How to stay safe when using mobile banking apps – News-Herald