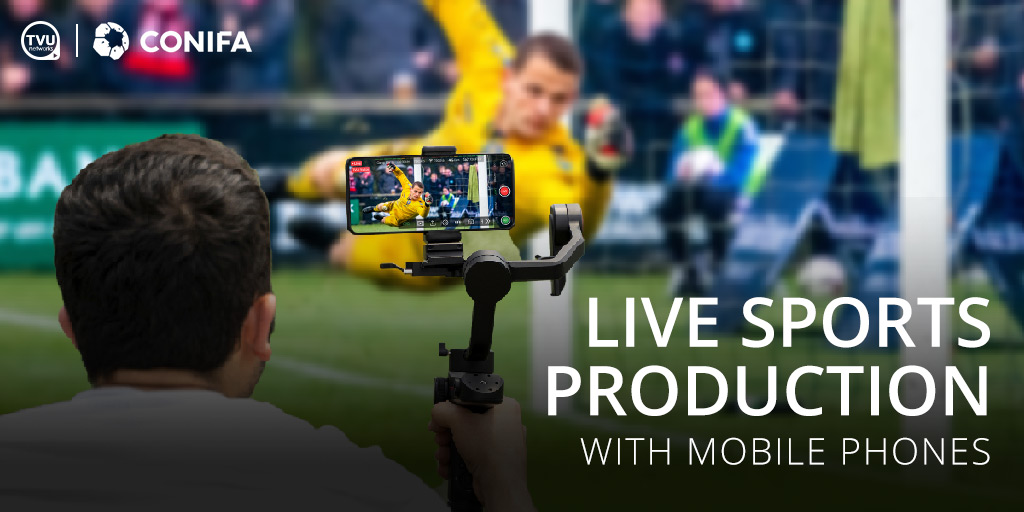 TVU Networks, provider of cloud-based and IP-based live video solutions, has revealed that it has helped the Confederation of Independent Football Associations (CONIFA) successfully produce and broadcast a professional football tournament from the remote town. of Linares, Chile, using mobile-based technology.
CONIFA is the football federation for all associations outside of the main global organizing body FIFA and the matches have a potential reach of seven billion people in eighty regions of the world, achieve a seemingly impossible goal and coverage of the match in June was carried out with virtually no equipment, minimal staff and at a lower cost. Even more difficult, due to last-minute problems with the conventional transmission system, was that the organization only had a few days to plan and carry out the production of the large-scale event.

The solution used by CONIFA to achieve its goal was a mix of cloud-based solutions from TVU Networks that enable a new way of producing sporting events with smart phones. On-site equipment in Chile consisted of three smart phones and two tablets connected to the available 4G network with SIM cards, as well as microphones, tripods and stabilizers for field shots. An ultra-portable TVU PowerPac lithium-ion battery charged phones and tablets.

Video captured with smartphones and tablets in Chile was sent directly to TVU Producer via the cloud, where two solution architects from TVU Networks in Mexico handled the video, graphics and audio production. TVU Remote Commentator, also run from Mexico, allowed TVU staff to insert stories and guest commentary from around the world into the transmission, keeping all elements in sync. Via TVU Partyline, team members from both locations collaborated in real time during production. To finish, TVU Anywhere broadcast live broadcasting on CONIFA TV, other content distribution networks and social media platforms.

“With the TVU ecosystem, four or five people from different countries involved in production and transmission, some basic equipment and some smart phones, we were able to broadcast live around the world from a small town in southern Chile. . “, explained Diego Bartolotta, president of CONIFA Americas.

“Before the Copa América, I was a bit incredulous about the quality of broadcasting a professional football match with only interconnected phones. But TVU has totally changed my perspective. First-class quality broadcasting in this way can give us the widest possible reach and will be very important for the future of CONIFA games and tournaments in Latin America and around the world.