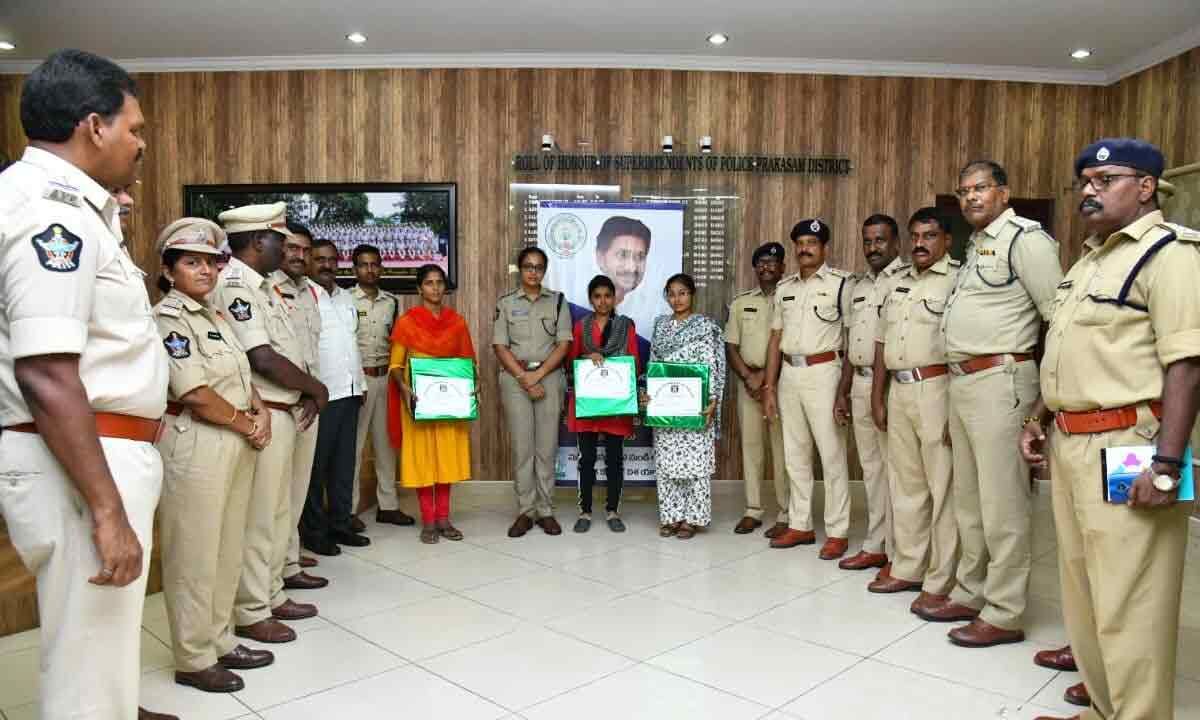 She presented awards and thank you letters to Disha ambassadors, who have helped more women install the emergency response app in the district, at her Ongole office on Friday.

As part of the SP Malika Garg Special Initiative, Prakasam District has launched a campaign to promote Disha App for the safety and protection of women and girls. Prakasam police are already selecting three women daily from among those who have installed the app, as part of the Disha SOS App Lucky Draw contest.

The department takes the help of policewomen working in the village and neighborhood secretariats, to explain the features and uses of the application to more women in their neighborhood and encourage them to install and use it in emergency situations.

As a new innovative thought of SP, District Police introduced Disha SOS App Ambassadors. The police encourage women who are already using the app to share their experiences and benefits of the app with women in their neighborhood and their families and also educate them on how to use it.

The department selects app users, who have encouraged at least 50 women and girls to install the app, as Disha SOS app ambassadors.

On Friday, SP Malika Garg invited B Adilakshmi from Podili, Esther Rani from Pedda Nalla Kaluva and Ch Ratna Kumari from Ongole to her office for referring the application to more than 50 women and girls. She presented the gifts and certificates of appreciation to the women in front of senior police officers in the district.

Speaking on the occasion, the SP said women download the app and install it giving their name, address and emergency phone numbers etc.

She said they can get help from the police in an emergency, by pressing the SOS button on the app or shaking the phone.

She invited everyone to become Disha ambassadors to increase the safety and security of women in the district and announced that they would present top performers with awards and gifts from senior state police officers.

District police officials have announced that those interested in becoming Disha Ambassadors can contact IT Core SI at 9121102277 to register and get more details.