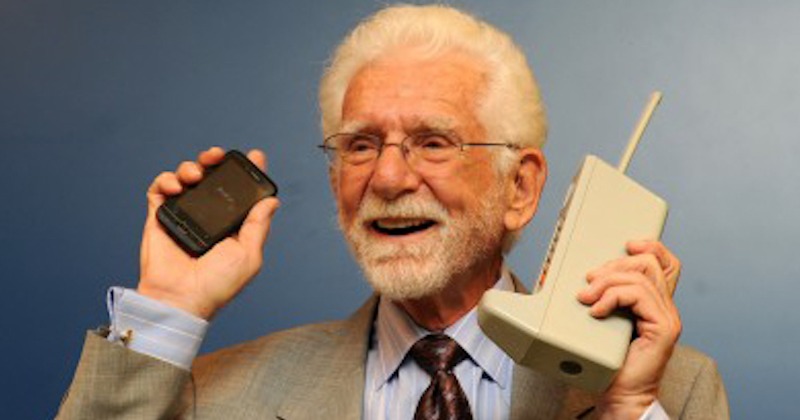 The inventor of the world’s first mobile phone has some candid advice for those of us who spend too much time scrolling.

Martin Cooper, a 93-year-old American engineer, suggested people using their phones for more than five hours a day to “Get a life!” Well, he’s the man who invented the very first device of its kind telling you to rethink your priorities.

By appearing on BBC breakfast earlier this week, Cooper said he barely spends time on his phone.

When asked what he would say to those who spend more than five hours on theirs, he was brutally honest.

‘BUY YOURSELF A LIFE!!!’
How much time do you spend on your phone each day?
Do you replace your #Smartphone with a so-called #Dumbphone?
Martin Cooper – the man who helped invent mobiles – had this message for #BBCBreakfasthttps://t.co/P9SgrByh5Q pic.twitter.com/A4ASXL3O4L

“Do you really spend five hours a day?” He asked. “I would say ‘Make a life for yourself! »

Despite being the inventor of the original cell phone, Cooper said BBC Breakfast that people should spend less time on their phones and live a little.

According to the Application Monitoring Company AppAnnie, people spend an average of 4.8 hours a day on their phones. That is 33.6 hours per week and 144 hours per month.

Talk to CBS News of the creation, he said, “You could talk for 25 minutes before the phone broke.”

When inventing the cell phone, Cooper said he imagined what it would look like before thinking about how it would work.

While working at Motorola, he helped invent many products, including the first portable police radio systems.

He graduated from the Illinois Institute of Technology (IIT) in Chicago with a bachelor’s degree in electrical engineering (1950). He joined the US Navy and served in the Korean War. After the war, he joined the Teletype Corporation, and in 1954 he began working at Motorola.