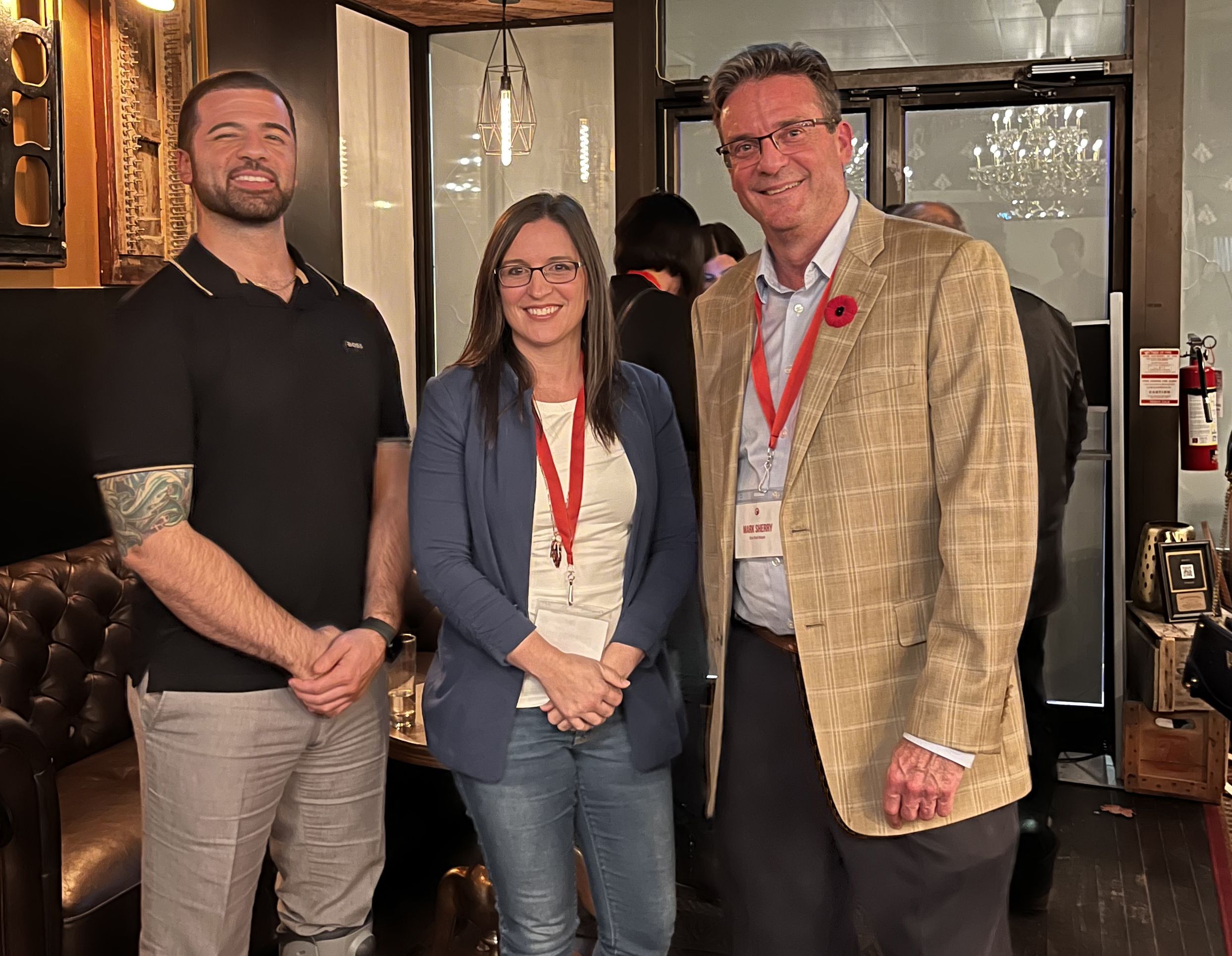 The creators of a new shopping app were in Sudbury last week to celebrate the market growth of their technology, designed to help both consumers and local retailers.

“Imagine you’re on Amazon and you’ve found the product you want,” said Mark Sherry, president of One Red Maple. “Just before you pay, we show you the exact same product in your local market, and then we can redirect you to buy it from that local store instead of Amazon or any other company.”

Often, he said, a small independent company can actually match or beat the price of an online giant. “You’d be amazed how often the local store owner’s price is the same or better,” he said. “I think what a company like Amazon is doing is pushing their shipping costs up in price.”

Sherry said he rolled out One Red Maple last year in his hometown of North Bay, though its availability as a mobile app and expansion to Sudbury are more recent.

“We have an extension that works on any browser that we launched last December,” he said. “But then we stopped because we wanted to make sure we had an app that you can download to your phone. So we really launched it in August in North Bay, and we thought the next logical location, being a city that we are very close to in the north would be Sudbury.

He said about 10% of North Bay residents have downloaded the app at this point, and virtually all of his businesses are now included in the service provided by One Red Maple, at no cost to buyers or retailers.

“Eventually we will make money with the business, but there are different ways to do that,” Sherry said. “Right now it’s free and it always will be free – a retailer might just pay a little in the future for the different levels of service we’re developing.”

Consumers, however, will never be asked to pay for the app, he said, and “in many cases it saves them time and money.”

Going forward, the plan is to offer local businesses the opportunity to compete live – like someone shopping online – with a larger retailer.

“Let’s say you look at a Nike shoe on Amazon or on the Nike site,” said Mike Savatovsky, vice president of community and growth at One Red Maple. “We’ll reference our database and give you that exact shoe at a local store. At that point, if we’re integrated with their point-of-sale system or e-commerce backend, (the local business ) should be able to adjust the price in real time to match or beat whatever is displayed.”

Sherry said the idea for One Red Maple came to her before the pandemic made online shopping even more common, and was driven by a desire to give local businesses a better chance to compete against the bigger players. .

“I wanted to level the playing field,” he said, noting that the top 10 retail companies control about 66% of the market. “My question was, how can we compete with this? And so our thinking became, what if we took their strengths – their inventory systems, their product information – and used them to drive traffic locally.

He said the technology took a year to develop and he still wanted to refine and improve it, but “we think we now have a useful product”.

He and Savatovsky view One Red Maple as a “social movement” as much as a technological tool or product.

“The company’s vision is to strengthen local economies and make them sustainable for the long term,” Savatovsky said. “Having innovation and entrepreneurship in communities as a social enterprise is really the mission. We see ourselves as part of the shop-local movement, with a tool that can strengthen this movement.

If more people start using the app, “we think it could have a really big impact on the local community,” Sherry said. “We know that if people buy locally it has a multiplier effect on the local economy and the money stays local. There’s always that expression that Amazon doesn’t support your local hockey team; local retailers take care of that.

Businesses in the North have embraced the idea enthusiastically, he said. The challenge now is to spread the word and gain greater consumer buy-in.

“If that happens, we can change every city in Canada,” Sherry said.

At this point, the company hasn’t suffered any pushback from the retail giants, but he thinks it could eventually happen.

“Right now we’re probably too small for them to pay attention, but sooner or later I’m sure we’ll be on their radar,” he said.

One Red Maple hopes to expand across the country and potentially beyond. “Our plan is to move as quickly as possible across North America,” Sherry said. “We’re going to start with Canada and go from there.”

In the meantime, the company was thrilled to kick off its Sudbury presence at the Alibi Room, with representatives from the Downtown BIA, Greater Sudbury Chamber of Commerce, Northern Angels Investor Group and retailers local.

“We hope Sudbury will adopt our product and that we can generate more business for store owners in your city and surrounding areas,” said Sherry.