The mobile application for seniors will soon be launched 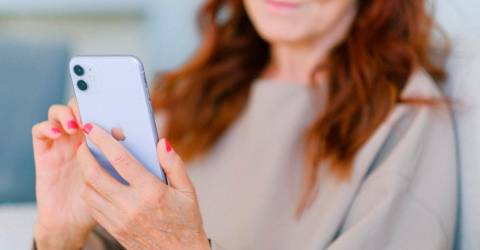 PETALING JAYA: A mobile application dedicated to the elderly will be launched to encourage social productivity and promote the well-being of people over 50, according to Amazing Seniors, an interactive online platform.

Its co-founder Jasmin Amirul said the idea for creating the app came when it was observed that most seniors in Malaysia are on social media, especially Facebook, but lack a platform. -consolidated form to interact with each other.

“As we age, we take our mental and physical health more seriously. Thus, this app will appeal to people over 50 by providing social engagement to maintain cognitive function as well as information on health-related topics to prevent disease.

She said the app would have a feature for users to ask questions such as where the best chiropractors are in a certain area and get suggestions from others.

“As we are an aging society, there is a need for every Malaysian to recognize the importance of its elderly population as a revered part of our society.”

A World Bank report published in 2020 found that 7% of Malaysians were aged 65 and over, classifying the country as an “aging society”. The numbers are expected to double to 14% by 2044 and 20% by 2056, causing Malaysian society to become “super-aged”.

“We launched the website in November last year. Our analytics have shown that we have strong engagement from seniors, which shows that they are interested in socializing to maintain their well-being. »

Content on the website ranges from lifestyle to financial literacy to travel to help seniors keep their minds active.

On why the app was aimed at people over 50, Penny said it was the right age to start preparing for old age.

She added that the app would be launched in October in conjunction with the Amazing Seniors ‘Life Begins at 50: 2022 Celebration’ celebration, which emphasizes the importance of aging well.

The celebration will take place in conjunction with the International Day of Older Persons, which is celebrated on October 1 each year. The event will take place from September 30 to October 2 at the Atria Mall in Petaling Jaya.

The three-day event will celebrate, recognize and appreciate the value of older people and their contributions to society.