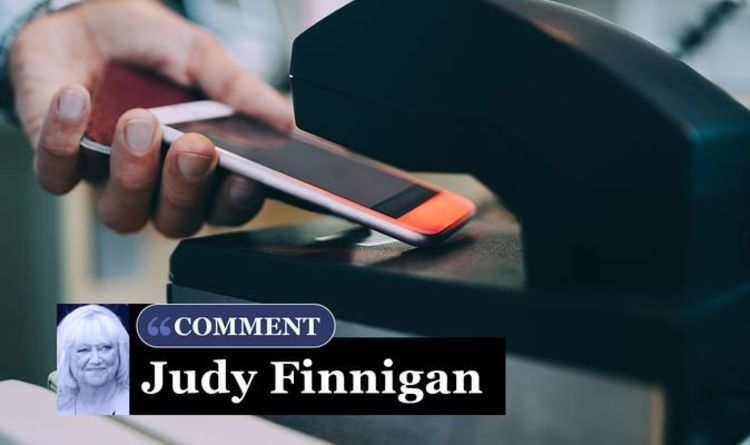 Every passenger’s utter reliance on having an iPhone was the most freaked out aspect of our Christmas vacation in Florida, surpassing even the unfortunate fact that we both caught Covid in Key West. It was scary, but smartphone stress was scarier than the pandemic. And God help you if you don’t have an iPhone or are unsure about using one.

At Heathrow, on our way out, we were abruptly told that our printed copies of the required US certification of our vaccination status were no longer valid – they had to be completed online. And we had to register our “advance passenger information” through an app called Verifly.

All news for us as we struggled to comply with 6am check in. Unsurprisingly, we were told, a number of older passengers simply cannot handle the complex online juggling and simply have to go home.

On the way back there’s the dreaded UK required passenger locator form, a nightmare to fill in, but when you have to retrieve the email at check-in and then download the file (assuming whether you have wifi, which often doesn’t materialize at airports) your legs can turn to jelly.

And of course you also need to find your Covid vaccination records and the results of any tests you had to take to travel. This is a fatal blow for any computer illiterate traveler, who until now only had to show up with a ticket and a passport.

In Miami for the return trip, BA compounded the confusion with a ridiculously convoluted boarding process. We were traveling in a double-decker plane, which meant we boarded through different gates. But social distancing protocol required that you also had to board according to your seat row number.

Total chaos. The grown men were practically in tears trying to follow the incomprehensible instructions. “All you need is a passport,” was the old phrase about the liberating joy of travel. Not anymore. As Claude Rains told Alec Guinness in the movie Lawrence of Arabia, “All in all, I wish I had stayed in Tunbridge Wells.”

ROSE Ayling-Ellis, who as Strictly’s first deaf contestant not only won the glitter ball but also our hearts, is campaigning for sign language to be given official legal status. Surprisingly, it has no legal protection, so deaf people are not entitled to interpreters in hospitals, doctor’s offices or wellness centers. Rose has done so much to transform our perception of deafness, her dancing itself being a sign of grace and beauty. She should get her wish. Perhaps it can be called Rose’s alphabet.

JUDY Murray says the perception of her as an arrogant mother at the start of her son Andy’s tennis career hurt. If she had been a father doing the same thing, she told Radio Times, it would have been considered “so supportive, when I was a nightmare parent, blah blah blah.” She’s right, it was sexist, but more power for her. Those Wimbledon punches turbocharged Andy’s success.

Novak Djokovic’s mom is clearly cut from the same cloth. Dijana thinks the sun is shining on Novak’s ass, and woe betide anyone who suggests her boy is, uh… a little arrogant. Most moms are only too aware of our guys’ glaring flaws, but she prides herself on Novak’s light. You’ll never hear him shout, “He’s not the Messiah, he’s a very naughty boy!” Tiger moms and tennis sons. A match made in Monty Python heaven.